Ghostbusters 3 could be “best one yet” 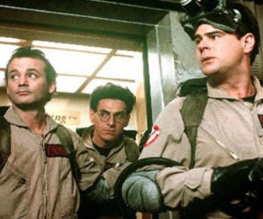 He also felt it was necessary to quell the rumours flying around about Bill Murray (that he has already read the script and hates it), stating that he definitely hasn’t read a word yet. As wary as we are about another trip into the ghost busting world, the fact that a decent script might now be in existence is promising. Are you hopeful?