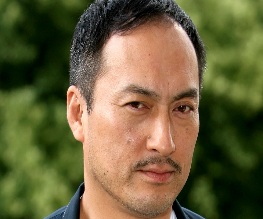 Inception star Ken Watanabe has been cast in the upcoming remake of Godzilla – which is brilliant news because Ken Watanabe is awesome. He joins other dinosaur-fighting cast members Aaron Taylor-Johnson, Elizabeth Olsen, Juliette Binoche, David Strathairn and Bryan Cranston. Details about Ken’s character are currently unknown, but he will probably be playing someone awesome. Because he’s awesome.

In fact not much, not much is known about any of the characters in the remake, but Olsen will reportedly play Johnson’s girlfriend, while Cranston will play his stepfather. While this family dynamic is likely to get interesting – Johnson winning the favour of grumpy stepdad Cranston – let’s hope it doesn’t get in the way of the necessary dinosaur bashing.

Godzilla will be directed by Gareth Edwards of Monsters fame, while the script has been written by Max Borenstein, Frank Darabont and Dave Callahan. Warner Bros. announced this week that principal photography has already begun on the film, which will be released in 3D on May 16 next year.

Previous: Escape from New York gets a remake
Next: Tom Cruise as The Man from U.N.C.L.E.?