Gyllenhaal and Carrey To Star In A Musical 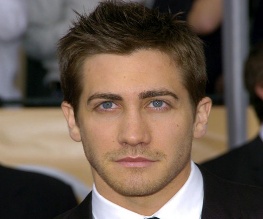 We have to admit, when we first caught a glimpse of Jake Gyllenhaal’s moody and mysterious face in Donnie Darko, the question that really struck our soul was, “This sulking in corners thing is great and everything, but can this boy dance?” It could be that finally, those querying demons will be answered!

Jake Gyllenhaal and Jim Carrey are set to star in a film adaptation of 1955 musical, poignantly entitled Damn Yankees. It tells the tale of a man (Gyllenhaal) who decides to sell his soul to the devil (Carrey) for another chance at youth, to lead the New York Yankees to success in the World Series. Though we’re sure Gyllenhaal can handle the role of ‘depressed man’ (it is his forte after all), we’re more nervous for Carrey as Satan himself. He’s either going to be absolutely brilliant or horrifyingly terrible, and though we’re old school Carrey lovers we are aware that sometimes the man can overplay it… just slightly.

We’re also interested to see whether they stick to the 1950’s context, or if the team reckons it needs modernising to include.. oh we don’t know, hilarious references to ipods and the PussyCat Dolls. Either way, we just hope that both Jim and Jake have the courage to lend their voices to the part for real, we wanna hear what they’ve got to offer, pipes-wise. And if nothing else, we better see Gyllenhaal in a pair of tight trousers doing a few balletic leaps, otherwise we’ll be giving the devil a call ourselves. We’ve waited a long time for this.

How excited are you about this project- very, or very very? Let us know!

Previous: Avatar Finally Knocked Off No 1 Spot
Next: 24: The Movie?