Has Irene Adler been written out of Sherlock Holmes 2? 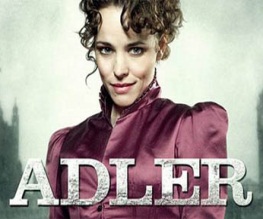 Lots of people who weren’t me really enjoyed Guy Ritchie’s Sherlock Holmes adaptation. So many, in fact, that Robert Downey Jnr. and Jude Law are currently on set as Sherlock Holmes and John Watson respectively filming the sequel.

Already a month into the shoot, it is being reported that Rachel McAdams – widely expected to return as the enigmatic Irene Adler – has not yet graced the set of Sherlock Holmes 2.

With Girl With The Dragon Tattoo Noomi Rapace usurping lead actress responsibilities, it turns out that even McAdams herself isn’t sure whether her character will return.

“It’s kind of all still in the process. They’re still doing script work, and we’ll see.”

While the actress is open to reprising her role for the sequel, at this late stage it is more likely that any involvement might be capped at a cameo.

The signs were there, however, with a previous comment from Downey Jnr. suggesting that Adler’s involvement in the sequel was anything but a done deal.

“It’s hard to say. Because Irene Adler only appeared in one of the stories of Doyle’s reservoir of activities. But we’ll find out quickly.”

While I certainly await your own opinions below, I personally thought McAdams’ Adler was a much needed silver lining in 2009’s Sherlock Holmes. While Rapace might prove a worthy replacement, this news has nevertheless given me one less reason to fork over the price of re-admission to Ritchie’s lads-own Baker Street. The question I find myself asking, however, is why am I not more relieved?