Indiana Jones 5 IS NOT HAPPENING! 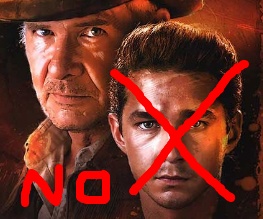 Get down and pray to whatever being you worship for this most joyous piece of news. After the fridge nuking, carnivorous ant munching, Peruvian alien pile of crap, Indiana Jones and the Kingdom of the Crystal Skull (it even hurts just to type that title), we can announce that producer Frank Marshall has come to his senses and decided to hang up Indie’s hat and whip for good.

This also comes with the announcement that George Lucas is retiring as head of Lucasfilm and is passing the torch to Marshall’s wife (hello nepotism) Kathleen Kennedy. Lucas, Steven Spielberg and Harrison Ford (who recently turned 70) were all keen to do a fifth film, with Spielberg and Lucas supposedly working on a script together. We just wonder what on earth they would have called it? Indiana Jones and the Pensioners of Doom? We love you Harrison, but it is probably time to wind down a bit and let us bask in the warmth and glory of the original Indiana Jones films (well, not The Temple of Doom, the other two at least).

Without another Indiana Jones film to shit out, what will Spielberg do next? Oh, Jurassic Park IV of course. Way to go Steven, just crap all over all of our childhood films why don’t you? Just leave E.T alone please…seriously, please. http://credit-n.ru/offers-credit-card/ren-drive-365-credit-card.html http://credit-n.ru/informacija.html