Is Bridget Jones’ Baby in trouble? 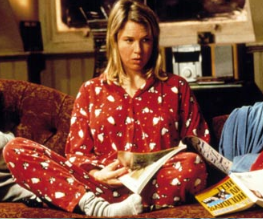 Oh rumour rumour, you saucy-lipped mistress you. Today the interwebs are abuzz with the news that the third in the Bridget Jones series has been put on hold – possibly permanently – because of major script problems. Working Title and Universal have both denied the claims, saying that filming will still begin later this year. But if there’s one thing we’ve learnt about “unnamed sources”, it’s that they’re fun to speculate about on a Friday morning.

According to Deadline Hugh Grant walked out of a script meeting after citing problems with the story, and it was looking less and less likely that shooting would begin at all after the film had been unceremoniously dumped by director Paul Feig. But to be honest, the core team is still pretty darn strong – it sounds like both Colin Firth and Renee Zellweger are still desperate to get started, and new director Peter Cattaneo (of The Full Monty fame) is actually a much better fit for the project anyway.

So when will we know for certain? Probably only when the cameras start to roll. Without a third novel to base the film on, (and considering the lack-lustre sequel), we’re still pretty wary of the idea of a third outing for Silly Bridget. At the end of the day, do we want to see yet another comedy fight between Oscar Winner Colin Firth and Best Days Are Behind Him Hugh Grant? Well… yes. We’re pretty easy to please, when it comes down to it.

Previous: New stills from Wrath of the Titans
Next: John Hawkes and Mos Def to star in Jackie Brown prequel