Is Leonardo DiCaprio The Great Gatsby? 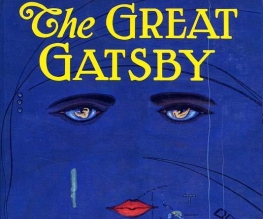 F. Scott Fitzgerald’s 1925 novel The Great Gatsby tells of a hopeless romantic, led to his demise by the contradictions of the American Dream. Desperate to impress the woman he loves, Jay Gatsby chases wealth and status symbols, not realising that his commodities only obscure the man she once fell for. His climb to the top only gives him further to fall. It is a painful tale that remains relevant to this day.

Little has been said about the upcoming adaptation of the beloved classic since director Baz Luhrmann bought the rights two years ago. Today, however, the rumour mill has hit overdrive with some intriguing casting speculation. Word suggests that Leonardo DiCaprio is up for the role of Jay Gatsby, Tobey Maguire for his curious young neighbour (and the book’s narrator), Nick Carraway, and Amanda Seyfried for the central love interest, Daisy Buchanan. We are very excited! Though Robert Redford’s 1974 turn as the doomed aristocrat was both suitably dapper and tragically try hard (his ludicrous pink suit is not a sight easily forgotten), there has always been potential for better. And whilst Luhrmann’s directorial output hasn’t always been solid (Romeo + Juliet? Yes! Australia? No!), his rumoured leads are nothing short of excellent. DiCaprio has shown repeatedly that he can do inner turmoil whilst simultaneously looking sharp. Similarly, Spider-Man veteran Maguire is no stranger to playing an inquistive young man plunged into the centre of a dilemma. With Amanda Seyfried (a bit of a crush of ours) rounding off the trio, we would love to see the sleepy-eyed beauty transformed into an energetic yet world weary socialite. Overall, if there’s truth behind these rumours, all that’s left to say is; Baz, keep up the good work, old sport!

Previous: This is War
Next: A Town Called Panic