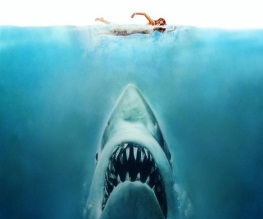 It’s been years since that mechanical shark wreaked havoc on the small town of Amity. The locals were just beginning to go paddling again, only to be scared witless by the release of Jaws on Blu-ray! As far as we’re concerned screw the locals – this is going to be epic!

In an interview with Ain’t it Cool News Spielberg revealed that, despite his initial aversion to the format, Jaws is in the process of making the transition to Blu-ray. Fear not, purist friends – there will be no digital additions or enhancements either and that goes for all Spielberg’s transitions to Blu-ray. Speaking in the interview he said “…I think letting movies exist in the era, with all the flaws and all the flourishes, is a wonderful way to mark time and mark history.” We whole-heartedly agree Mr Spielberg; keep the movies as they were intended, wires and all.

Previous: Robert Zemeckis to direct Denzel Washington in Flight?
Next: Star Trek 2 may not make its release date