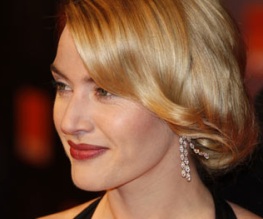 Ever the fan of being naked, Kate Winslet’s signed on to star in The Dressmaker, in which she will play a woman who makes dresses for a living. But not just that, she also uses fashion to liberate a whole community; huzzah!

The film, to be directed by Jocelyn Moorhouse (How to Make an American Quilt – remember that? It was bloomin’ ACE when I was ten), is based on an Australian novel by Rosalie Ham. It centres around Tilly, a woman who fled her small town when she was accused of murder. Now a grown up, and a whizz with a needle and thread, she returns home to shake everyone up with her new-fangled ideas – and, presumably, her hemming scissors.

The books been compared to Edward Scissorhands and Chocolat for its gothic fairy tale-ness, and although the films pegged as a period drama, it seems it’ll have its fair share of life and fun. And it’ll have Winslet, the eternally nude queen of our hearts.