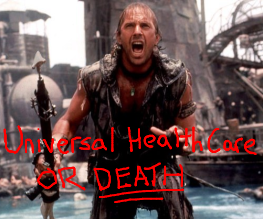 Kevin Costner is having a bit of a comeback recently. Set to play Superman’s stilted and apathetic father Jonathan Kent (at least that’s how Kevin Costner will probably play it) in the upcoming Man of Steel, he is also trying to boot up his own franchise The Explorers Guild, which sounds like National Treasure, only worse. If you haven’t been able to tell by now, our opinion of Kevin Costner isn’t that positive.

Apparently Kevin Costner still has some people who still consider him leading man material. He is currently down to play the lead in an as-of-yet unnamed action thriller (hoo boy…) as Ethan Runner (uh oh), a spy who decides to retire from the Super Secret Service after he discovers he is dying from an incurable illness (OK, it’s getting better). Now living the last few months of his life, Kevin Costner reconnects with his estranged daughter Hailee Steinfeld (nice!) and is all ready to shuffle off his mortal coil. Deciding that there’s no one else on Earth they could possibly call upon, the Super Secret Service then offers him an experimental but potential life-saving drug (damn it) but only if he does one final mission (yep, saw it coming). 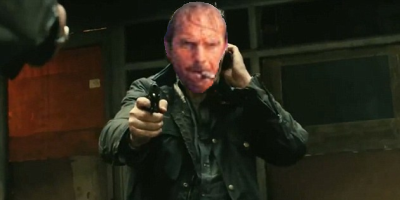 Exactly why a professional spy agency would require an elderly and terminal Kevin Costner to go on a mission for them is anyone’s guess. Kevin Costner won’t even have gills in this movie! What the hell could he possibly do in the name of national security!?

If the film sounds oddly familiar, it’s because the writer is Luc Besson. The highlights of his career have been exceedingly fun (Transporter & Transporter 2, The Fifth Element, Taken) but he has more crap movies under his belt than good ones. Taken 2, anyone? Thought not. He’s writing Taken 3 as we speak, in which Kevin Costner probably kidnaps Liam Neeson‘s pirate gold, or something equally banal.

The combination of Luc Besson and Kevin Costner is a frightening one. Please don’t hurt us anymore. We’re still tender from watching Kevin Costner in The Postman 15 years ago.