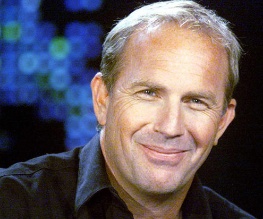 A couple of weeks ago Jamie Foxx announced to the world that Leonardo DiCaprio would be appearing in Quentin Tarantino’s Django Unchained (which, by the way, is being called a ‘southern’. Like a western but in the south so it’s a southern, right? You get it? It’s GENIUS).

Anyway that’s not the news. This is the news: Kevin Costner is probably going to be in it. And is set to play an evil ringmaster in an amusement park full of slaves who he forces to fight each other.

Now we have to be honest here; this new titbit of storyline excites us far more than the actual news of Costner taking the role. Sure he was Robin Hood, and for some reason we all still love him for that. But the cast of Django Unchained was probably looking better without him. Costner – we’ll give you a chance. Just don’t blow it, son.

Previous: Is Emma Watson Belle in Del Toro’s Beauty And The Beast?
Next: Ralph Fiennes ditches sorcery for scandal in The Invisible Woman