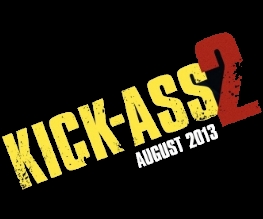 The hits just keep on coming on the road to Kick-Ass 2. First we scored the tasty treat of a red band trailer and now 6 moody character posters have been released for us to sink our teeth into. The images give us a great sneak peek, setting up the tone and what we can expect from the next installment of this irreverent super-hero movie plus a snap-shot intro to the new characters: Mother Russia, Black Death and Night-Bitch.

Quick! Click! and feast your eyes on the complete package:

Kick-Ass 2 continues the story of Kick-Ass. Inspired by the work of Kick-Ass (Aaron Taylor-Johnson) and Hit Girl (Chloë Grace Moretz), citizens have donned their own masks and taken to patrolling the streets. Led by Colonel Stars and Stripes (played byJim Carrey) they are known as Justice Forever. While Red Mist (Christopher Mintz-Plasse), now known as The Mother F***er, plans his elaborate vengeance with his own band of villains, Hit Girl gets busted and finds herself back in school as her alter ego, Mindy.

How is this marketing campaign working on you? Is it getting you all hot and bothered yet? Are your growing expectations for Kick-Ass 2 even possible to be fulfilled? Tell us how you’re feeling… We’re here to help.

Previous: X-Men: Days of Future Past adds Colossus
Next: James Cameron ‘almost there’ with Avatar 2 and Avatar 3