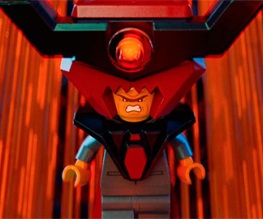 Hands up who likes LEGO? Now, if you were a particularly crafty pick pocket, you’d use this time to rob as many people as possible as literally everyone’s hands are in the air. Apart from the hands of Fox News that is, because they hate LEGO.

Look, here’s a video of them complaining that the colossally successful LEGO movie (which is called The LEGO Movie) is, get this, “anti-capitalist”:

The chumps at Fox aren’t mad at films being anti-capitalist per se, as “they’re grown ups and can make up their own mind”, but when it’s aimed at their kids? The future business leaders of America? OH they can’t stand it, going as far as to charge The LEGO Movie, and The Muppets and The Lorax before, with… wait for this… indoctrinating kids. INDOCTRINATING. LIKE WHAT THE NAZIS DID. ISN’T THAT AMAZING?

There’s a reason business leaders are often portrayed as cartoonish villains in cartoonish films, and that’s because in real life, business leaders are some of the worst people in the world. Greedy, self-obsessed, morally bankrupt, crap-in-bed (probably, we all saw The Wolf of Wall Street), horrors of human beings who genuinely couldn’t care less if their employees lived or died (case in point Steve Jobs, but he got his).

So, good on LEGO for sticking it to the man in their most mild of ways (the villain is called President Business and apparently looks like Mitt Romney, a genuine complaint levelled against the film). If anything, I now like you even more.

Do you think your children will be turned into raging Commies by seeing Will Ferrell play a plastic supervillain in a suit? Well, they will. Suck it up.

Previous: I Am Not Famous Anymore – the perils of the public breakdown
Next: The Lego Movie