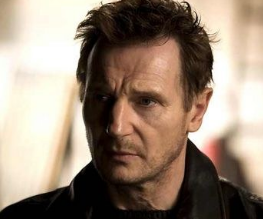 So, Liam Neeson is an action star these days. That’s just a thing we’re all having to get on with. Whether he’s Zeusing about in Clash Of The Titans, being glad when a plan comes together in The A Team, being genuinely embarrassed about his life choices in The Next Three Days or being chased by wolves in The Grey, ACTION NEESON is here to stay. So now he’s going to take on some terrorists on a plane. Why not, eh?

Word is that our pal Liam has signed onto a new Warner Bros action romp Non-Stop, which will see him play an air-marshal ready to TAKE DOWN some terrorist plane action. Jeff Wadlow of Cry_Wolf fame will be directing (fame? We sure as hell haven’t watched it, but we DID watch the hilariously bad Prey he wrote back in 2007, so that’s something), and the script will be written by John Richardson and Chris Roach, who haven’t yet done anything of note. All in all, this could go any which way.

Pleased about Neeson’s new hatred of films with quiet soundtracks? TALK TO US:

Previous: Salmon Fishing in the Yemen
Next: Sneak Peek: The Amazing Spider-Man