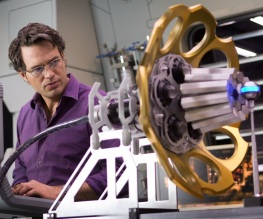 With the release of The Avengers Marvel Avengers Assemble now only MINUTES (read: two months) away, the hyperactive pixie who appears to be riding Joss Whedon like that tiny alien in Men in Black has decided that we need to see MORE, MORE PICTURES OF THE PEOPLE AND PLACES WHICH WILL APPEAR IN THE FILM THAT WE’LL DEFINITELY ALL SEE ANYWAY. Fuck’s sake, Joss, it’s not like anyone’s going to forget that it’s coming out.

Anyway, here they are – twelve pictures in descending order of somebody-giving-a-shit-ness. You can click to enlarge, and you probably should because they took ages to format:

SO. Obviously the most interesting thing is a rare glimpse of Mark Ruffalo as Bruce Banner, seen here tinkering with some sort of exotic equipment. Then it’s Chris Hemsworth as Thor, because Thor’s a fucking badman. Ditto Sam Jackson as Nick Fury. Ooh, is that a new Iron Man suit? It looks a bit bulkier than the first generation Vibranium armour we saw in the last act of Iron Man 2, at any rate. Cap (Chris Evans) is striding around with Hawkeye (Jeremy Renner) and Black Widow (the pop-eyed bitch) in tow, because that’s all they’re good for, and OOH LOOK A QUINJET! We like Quinjets. That looks like an armoury (the facing wall appears to be loaded up with gear for SHIELD footsoldiers), and… oh, it’s a laboratory. STILL, even a photo of what is basically Just A Room is more interesting than two – TWO! – images of Jeremy Renner doing bugger all. Then there are some computers, because even Avengers need to check Twitter (no room for smartphones in those very unforgiving costumes), and finally it’s the pop-eyed bitch again. Give us a pout, Scarlett, you’re good for literally nothing else.

What’s the point? We might* stop writing these stupid articles and just wait for the film to come out.

Previous: Jessica Biel joins Alfred Hitchcock and the Making of Psycho
Next: First look at Hugh Jackman in Les Miserables