Machete Kills shows off Alexa Vega… all grow’d up, y’all 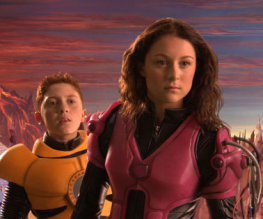 Machete Kills has finally embraced the morality of The Daily Mail. Being the follow-up to the already batnuts grindhouse film Machete, Robert Rodriguez had to pull out all the stops to shock a desensitised and jaded world. And… he did. Alexa Vega‘s last big role was in Robert Rodriguez’s Spy Kids franchise, where she played one of the, and we use the following word with exquisite delicacy, titular Spy Kids.

Alexa Vega certainly looks like she could hold her own in a fight nowadays. If there’s any film that can herald her comeback in style, Machete Kills is it. Many child actors fall by the wayside and grow up bitter and penniless, so we’re glad to see that Alexa Vega is getting back into films. Perhaps this is all a bit premature, however. She could be awful, but Machete Kills is, so far, looking like a solidly entertaining movie.

To see the full picture of Alexa Vega in Machete Kills, click on the image to embiggen: 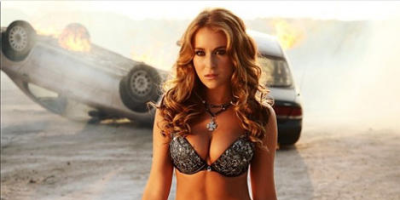 What other child actors have made a come back years later? Look out for Alexa Vega when Machete Kills stabs cinema in the face next year