Maggie Gyllenhaal joins Foxx and Tatum in White House Down 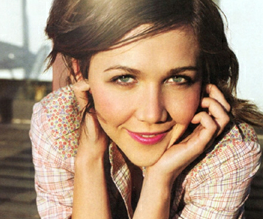 If there’s a more exciting premise than that of the President of the Yoonited States being a totally F-ing bassass, we don’t want to know about it. So until we get our mitts on Abraham Lincoln: Vampire Hunter, we’ll have to content ourselves with the prospect of Jamie Foxx teaming up with Channing Tatum to, like, SAVE THE WHITEHOUSE FOREVER. Consider us mother-flippin contented.

White House Down is the latest project from serial Washington destroyer Roland Emmerich, and centres on – surprise surprise – an attack on the White House and a plucky young agent determined to save the president. The agent in question? Rising star Channing Tatum, who will probably JEST and DIVE his way through some terrorist mega-action, cracking jokes with ruler of the US Jamie Foxx. No word on what role Maggie “solid. Just always very solid” Gyllenhaal will play, but she’s generally quite picky with her roles, so it bodes well that she’s decided to get involved.

The film’s not going into production until August, so there’s plenty of time for details, but with such a stellar cast on-board we’re hoping this disaster flick will be more Independence Day than Day After Tomorrow…

Looking forward to yet another horrifying threat to democracy? YOU KNOW YOU ARE.

Previous: Cary Fukunaga to adapt Stephen King’s It
Next: The Hobbit to premiere in New Zealand