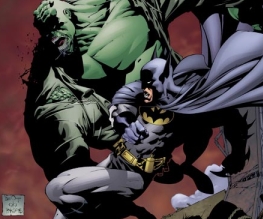 Christopher Nolan’s currently untitled follow up to The Dark Knight has this week been drawing headlines with the news that shooting is set to begin in Louisiana in April. The common supposition for the location change after the previous two installments did so much filming in Chicago is that Warner Bros. very much enjoyed the tax breaks they got when shooting Green Lantern there earlier this year. But what if there’s another reason?

Perhaps the swamps of Louisiana could play a part in the selection of Batman 3’s rogues gallery. After all, they seem like an ideal location for a crocodile, no? Kick-Ass writer and comic book aficionado Mark Millar started the rumour machine with some teasing twitter entries. “I know who the villain(s) are in Batman 3“, he tweeted, “and the big scene outside Gotham sounds awesome.” He later added; “One of the villains is from my favourite childhood run on the character. Again, very unexpected.” Playing Devil’s Advocate, /Film and FilmShaft have gleefully transformed these words into wild speculation, citing not only the possibility that a “big scene outside Gotham” could well be filmed in Louisiana, but also that Killer Croc’s first appearance was in 1983 – when Millar would have been about 13 years-old.

To be honest, it all seems slightly unlikely. Given that Christopher Nolan’s series already retconned the Joker to be a makeup wearer, rather than a toxic deformity, would he really be interested in introducing a giant crocodile mutant to his story? Plus Millar has form at starting rumours in this area. Orson Welles’ unfinished Batman project, anybody? So you’ll have to forgive us if we don’t buy into this one just yet.