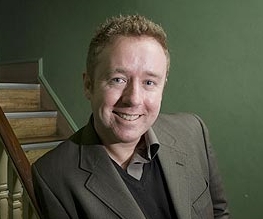 Mark Millar is fast becoming Hollywood’s busiest man. When it was confirmed earlier this month that the smash hit adaptation of his comic series Kick-Ass would be getting a sequel – tentatively titled Kick-Ass 2: Balls to the Wall – it was only the latest in a string of news stories from planet Millar (or Millarworld, as it is officially known). Just days earlier, details leaked of two more Millar works destined for the big screen, with Tony Scott signing on to direct anti-hero piece Nemesis, and a more secretive deal agreed for another of his comics, Superior.

Now, anybody familiar with Millar’s work will expect all of these projects to be distinctly mental, yet somehow everything the writer has ever done seems almost run of the mill compared to his latest idea. Get ready… for Super Scots! Inspired by District 9‘s novel approach to extraterrestials, Millar has expressed an interest in “juxtaposing two things you don’t often see together. Alien invasion and South African politics worked brilliantly, so my thought was; why not superheroes and Scotland?” Why not, indeed! The intriguing project, actually titled Miracle Park (though Super Scots is better, don’t ya think?), is already underway.

Determined to keep his film down to earth despite its super credentials, debut director Millar will be shooting entirely on hand-held camera and describes the feel as “Trainspotting meets X-Men. It’s going to be a very dark, unique take on superheroes.” Knowing Millar, that last part is impossible to doubt.

Previous: Bill and Ted 3? Excellent!
Next: Warner Bros Studios to be rescued by Superheroes