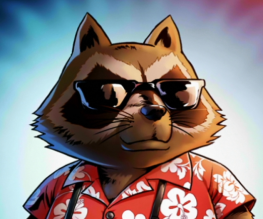 Marvel movie mega update! Marvel has managed to wrestle back some of its properties that it sold to such caring and devoted studios like Fox. Along with the Daredevil licence that got shipped back to Marvel last year, Ghost Rider, Blade and The Punisher have all come home. This is great news, mainly because Nicolas Cage will never again play Johnny Blaze. Ghost Rider: Spirit of Vengeance will remain as his last hurrah. What a legacy.

Although Marvel once again has ownership of its own titles, don’t expect to see Daredevil or The Punisher in Phase 2 or even Phase 3. It might be a while before Marvel gets round to these outcasts of the Marvel Universe, seeing as all 4 properties have sullied memories of terrible, terrible films. Whatever David S Goyer does with his career from here on out, no matter how many Christopher Nolan films he gets co-writing credit for, we’ll never forget how soddingly awful Blade: Trinity was.

In other Marvel news, Kevin Feige has flapping his trap all over the shop about Guardians of the Galaxy. Featuring Rocket Raccoon and his space friends of varying levels of ridiculousnes, Guardians of the Galaxy will surely be the wildcard of Marvel’s Phase 2. Feige doesn’t seem to think that the absurd premise will put off audiences, mainly because Avatar was so popular. What he hasn’t considered was that Avatar didn’t have a gun-wielding raccoon and a talking tree.

So there you have it. Guardians of the Galaxy will be the Star Wars/Star Trek of the Marvel Universe.

Kevin Feige went on to talk about the Edgar Wright directed Ant-Man, due in 2015 in time for The Avengers 2, saying that the film is currently in re-writes to make it fit in better within the Marvel cinematic universe, as the original screenplay was written before that universe existed. No word yet as to who will play the titular character, but our vote (casting is done by committee, right?) is for Nathan Fillion. Browncoats forever!

If there’s one thing Marvel and Kevin Feige knows how to do, it’s continue the news ball rolling. And we love it! More Marvel!

Previous: Bradley Cooper to get his American Sniper out
Next: Jessica Chastain might join Hathaway in Interstellar