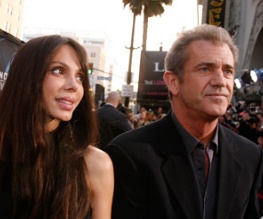 Sigh. Why, Mel? Why do this? Much like a lost puppy who you trust innately but who repeatedly attacks your legs, all we want is to like Mel Gibson. But when you hear this kind of news about him, it’s difficult to feel anything but pointy rage-thoughts about the much-loved star.

According to RadarOnline, Mel has been caught on tape shouting obscenities at his ex-girlfriend Oksana Grigorieva. Grigorieva is the estranged mother of his young child, whose relationship with Mel has always been famously volatile. According to Radar, Gibson can be heard calling Grigorieva a “cunt”, a “bitch” and a “whore”, making threats (“I am going to come and burn the fucking house down … but you will blow me first”) and telling her: “You look like a fucking pig in heat, and if you get raped by a pack of niggers, it will be your fault.”

Yep. And sorry Mel, but no amount of jovial rom-coms or innocent wide-eyed Christianity can forgive that.

Of course, this isn’t the first time that Mel’s outbursts have gotten him into trouble. In 2006 he was arrested for drunk driving, and along with calling a police office “sugar tits”, also managed to blame “all the wars in the world” on “the Jews”. How exactly they got chatting about world wars in the first place we may never understand, but managing to shoe-horn in racism alongside sexism as well as plain ol’ breaking the law takes some skill. At least, it would, if it wasn’t also the stupidest thing we’ve ever heard.

So the question is, will this latest knock trigger the end of Mel’s incessant popularity? Can the tide turn against him? We hate to say it, but in light of this, we hope so.