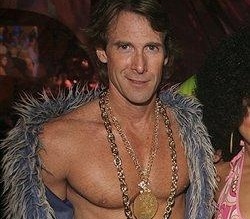 Fans of the Teenage Mutant Ninja Turtles were told to “relax” by Hollywood despot Michael Bay today, following the outpouring of anger, grief and hand-wringing fury that greeted the news Bay was planning to change the origin story of the green, amphibious martial artists. While the original and (clearly for some people) sacred canon of turtle-ology has the heroes growing from regular turtles to ass kicking turtle/ humans as the result of a radioactive mutation, Bay’s first announcement stated that the turtles in his upcoming adaptation would be “from an alien race, and they are going to be tough, edgy, funny and completely loveable.”

While that news barely registered with many of us, it would appear there are folks who get terribly upset by people messing with the character bios of toys they played with 20 years ago. In fact the ferocity of the reaction from these quarters would suggest Bay had just announced plans to remake Casablanca in 3D with Channing Tatum and Katherine Heigl in the lead roles. In response to the furious blog posts, protesting IMDB comments and online petitions (!) The Great Satan today said:

“Fans need to take a breath, and chill. They have not read the script. Our team is working closely with one of the original creators of Ninja Turtles to help expand and give a more complex back story. Relax, we are including everything that made you become fans in the first place. We are just building a richer world.”