Michael Bay and Hugo Weaving get into verbal fisticuffs 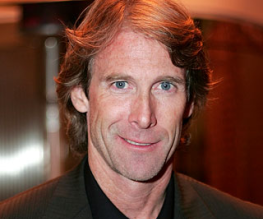 Michael Bay has reacted negatively to an interview Hugo Weaving gave recently in which he referred to the voiceover work he did on Transformers: Dark of the Moon as ‘meaningless.’ The English-Australian actor made the comments to The Hollywood Reporter saying, “I don’t regret doing it, but it was meaningless to me, honestly. I don’t mean that in any nasty way. It was a two-hour voice job, while I was doing other things. I just went in and did it. I never read the script. I just had my lines, and I didn’t know what they meant.”

Michael Bay isn’t exactly known for being a massive fan of constructive criticism (just ask Megan Fox) so we’re not quite sure what possessed Hugo Weaving to make such a transparent statement but its made for great entertainment so we’re not complaining. Michael Bay consequently took to his blog to fire off a couple of rounds in Hugo Weaving’s direction saying, “Do you ever get sick of actors that make $200,000 for voiceover work that took a brisk one hour and 43 minutes to complete, and then complain about their jobs? Do these grumbling thespians really think people reading the news actually care about trivial complaints that their job wasn’t ‘artistic enough” or “fulfilling enough”? Be happy you even have a job – let alone a job that pays you more than 98% of the people in America..”

Michael Bay makes some valid points but he also appears to be suffering with delusions of grandeur. The Transformers franchise is a mindless explosion-fest and the voiceover work that Hugo Weaving contributed to the film is little more than money for old rope. It may have been a little classless for him to contravene the unspoken rule of not bad-mouthing the work you’ve been paid to do, but it’s clear he meant no offense. Michael Bay also went on to suggest that other thespians unhappy with their work should donate their salaries to an African wildlife trust and he would match whatever they donated, which is either a genuinely selfless offer or a facetious dig at Hugo Weaving. Either way we think it’s safe to assume Hugo Weaving won’t be receiving a Christmas card from Michael Bay anytime soon. Simmer down boys, simmer down.

Previous: Hotel Transylvania
Next: Brad Pitt preparing to delve 20,000 Leagues Under The Sea?