Michael Fassbender to star in Ridley Scott’s The Counselor 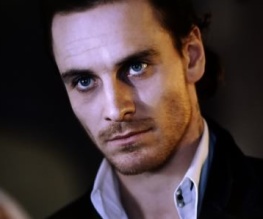 Last month we told you about The Counselor, Cormac McCarthy’s new script (which has been bought by the producers of the 2009 adaptation of his Pulitzer Prize-winning novel The Road). A couple of weeks ago Ridley Scott expressed a firm interest in directing the project. And now we have confirmation that his Promethean leading man Michael Fassbender is onboard to play the titular character!

Scott’s next move is to find a villain to go up against Fassbender, whose character is an upstanding lawyer foolish enough to think he can dip a toe into the drug trade without getting pulled under. The last bona fide McCarthy-scripted bad guy (Javier Bardem in No Country for Old Men, obv) won an Oscar for his performance, so this will doubtless be a hotly-contested role. Deadline has hinted at actors including Jeremy Renner, Bradley Cooper and perhaps even Brad Pitt being interested – we’ll keep you posted.

Who should star opposite Michael Fassbender? Let us know below!

Previous: Have Summit found their new Twilight?
Next: Sacha Baron Cohen has stunt up his sleeve for Oscars