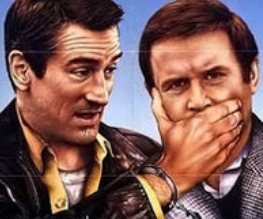 What makes Robert De Niro’s recent appearances in terrible, TERRIBLE films such as the Meet The Parents series, New Year’s Eve and Righteous Kill is that everyone knows he is one of the greats. This isn’t Adam Sandler we’re talking about – a man so devoid of talent his biggest achievement is not being funny in Funny People – this is ROBERT DE NIRO, for God’s sake. But what can we do? So the man who starred in Taxi Driver now wants to star in a Brett Ratner directed sequel to the classic Midnight Run. And apparently that’s OK.

In the original, De Niro played Jack Walsh, a weary bounty hunter determined to bring in talkative accountant by the name of Jonathan “The Duke” Mardukas. It’s action-comedy at its very best; the cast is faultless, the script is wonderful and it’s safe to say it has a warm and tingly place in all our hearts. Do we want a sequel to it? No. Do we want a sequel directed by Brett “I hate the gays” Ratner? No, to the power of no. Still, at least the people on-board to write it (David Elliot and Paul Lovett) have films like G.I. Joe: Rise Of The Cobra under their belts. Sigh.

Previous: Orange(Wednesday)s and Lemons #62
Next: The Three Stooges gets a new, desperately wearying trailer