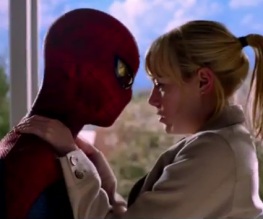 In just over a month, The Amazing Spider-Man will swing into cinemas and we won’t ever have to write an article like this again (until the sequel begins shooting, which will probably be before the first punter has struggled out of their home-made costume and sat down).

Until then, we think we’ve made our position on the endless cascade of Peter Parker-based promotional material clogging up the Internet perfectly clear. Not that Spidey’s the only culprit, of course – The Avengers, The Dark Knight Rises and Prometheus have all done their bit to bore us silly this summer, and it’s not even June yet. As Rachel Weisz reminds us in The Mummy, “Patience is a virtue!” (although she does say it in a deeply irritating voice).

Anyway. We’re not ones to deliberately cut our audience share by refusing to post things that people want to watch, so here’s the new (and inexplicably Australian) trailer for The Amazing Spider-Man. We just want you to know that we’re not happy about you wanting to watch it.

A few comments (not that we’ve watched it, OBVIOUSLY).

1) Spideyvision is still horrible.
2) We want to throw Emma Stone out of a window and then catch her again! Maybe then she’d be too intimidated to keep ignoring our calls…
3) Check out Rhys Ifans/Dr Curt Connors/The Lizard’s intonation at 1:23-1:24. “He was gooone!” He sounds like he’s accusing Richard Parker of ditching their weekly bowling game to see a ‘girl’ or something. Hey, Richard, don’t you know going out with girls is, like, well gay? Simmer down, Rhys.

Are you happy yet? Will your lust for tiny bits of a film that you’ll pay to see in six weeks anyway ever be slaked? You disgust us.

Previous: What To Expect When You’re Expecting
Next: More photos from Django Unchained