New Dredd poster is SO cool. 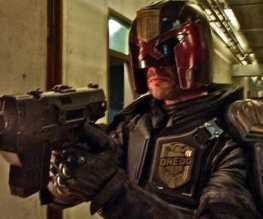 The September release date for Dredd is approaching more speedily than Usain Bolt, and promo material (like many of these Olympic athletes) is coming thick and fast. The new poster, however, is one of the coolest we’ve seen all year, and you too should see it in all its badass glory. Featuring Karl Urban (Lord of the Rings) as the eponymous poor man’s Judge Judy, we feel like you should click to enlarge. In case he shanks you, or something. 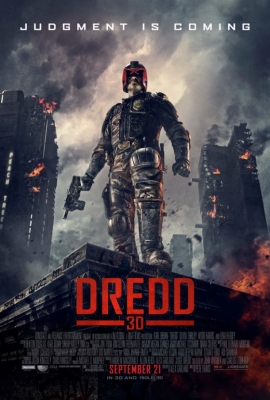 Karl Urban’s Judge Dredd looks like he’s had his morning coffee (spiked with 100% proof JUSTICE, of course), and is all ready to go, having evidently laid waste to much of Mega-City One already, and all before sunrise – like those knobs who show up at work at 7am, having been for a 800mile run and delivered a couple of babies on the Tube before you’ve even had your morning piss.

It’s interesting to see the film’s version of the Lawgiver finally, which are the terribly cool handguns that are given to all of these jumped-up state-sanctioned vigilantes, and if the film is as good-looking as the red-band trailer was, we’ve got a lot to look forward to. Also starring Lena Headey (Game of Thrones) and Olivia Thirlby (Juno), this is about as indie as these films ever get, and we’re actually excited to see what a cast who still have something to prove can do.