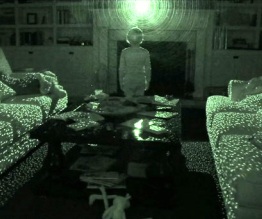 Paranormal Activity 5 has been confirmed, in a move that will shock and surprise absolutely nobody. Paranormal Activity 4, despite having the weakest opening of any movie thus far in the franchise, still managed to take around $56 million worldwide on its opening weekend. Given that it was made for a paltry $5 million, that’s still an incredible turnaround.

At this point, the Paranormal Activity franchise is basically a license to print money. Given that they’re so cheap to make (next time we find a rogue tenner down the back of the Best For Film sofa we might have a crack ourselves), the guaranteed audience of horror fans pretty much ensures that any film in the franchise will make its cost back within hours. In fact, the franchise is so popular in Latino territories that Paramount have made a Latin-based spin-off version, a teaser for which you can catch at the end of Paranormal Activity 4, if you’ve got the patience to sit through to the end of the credits. Given that it takes about three people to make a found-footage film, that might not actually take too long.

Even more predictably, Paranormal Activity 5 is set to hit cinemas on Christmas Day.

Hah! We had you going, didn’t we? Go on, admit. We got you. I bet you feel foolish, but it’s only Monday morning, so don’t feel too bad. Of course it’s not out on Christmas Day. It is, as you would expect, like every horror film before it, set to be released around Hallowe’en.

Immune to negative reviews, and seemingly immune to the degradation in the public eye of the increasingly stale found-footage gimmick, expect the Paranormal Activity to continue haunting cinema-chains near you for a few years to come yet.

Are you eager for more Paranormal Activity? Or are you all horrored out?