Pirates of the Caribbean 5 bags writer 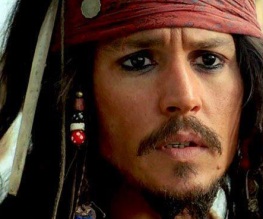 As reported here eighteen long and weary Pirate-less months ago, yes, the Pirates of the Caribbean Tetralogy is to become a Pentalogy. No, it’s not Quad to Quint apparently since the suffix -ology is from the Greek so we must be consistent. A quality we could perhaps use to describe the interminable nature of this franchise.

Appropriately, screenwriter Jeff Nathanson, whose previous scripts include The Terminal and Catch Me If You Can (let’s see if you can catch much that Depp says in this next one) is reported to have signed up to write a draft for the new movie. Before you raise your eyebrows or mirthlessly ponder the possibility that Pirates of the Caribbean 5 is somehow proffering a begging bowl to critics by selecting a pen-man with such middle-brow credentials, note that he is not inexperienced in box-office series-padding. Nathansan is also the man responsible for highlights of the category including the second and third Rush Hour movies, the Speed sequel Cruise Control and Spielberg’s final foray into the Indiana Jones batch Indiana Jones and the Kingdom of the Crystal Skull. Expect more of the same, then?

As much as we’d like to hope that innovation could be snatched from the clutches of this kind of investment, we fear – alas! that the rent-seekers at Disney are after their next installment of their lucrative pirate-poll tax from the movie-going public during fleeting first weekend raid and will not tolerate anything so pretentious as a plot or a performance to get in the way. Cynical as it may sound, our advice is also quite traditional when it comes to these particular pirates: LOCK UP YOUR CHILDREN. At least until the pestilence has passed. Sink Depp to the depths. Etc, etc, ad infinitum.

Will you welcome the onslaught of the Disney pirates for the fifth time? Or do you cower at the mention of the name, and resent the association of such a lovely sea with such a long franchise? LET US KNOW.

Previous: Golden Globes 2013: the winners and the losers
Next: Les Misérables