Pixar get ready to Find Nemo for a second time 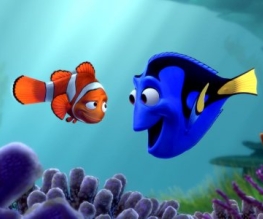 Rumours are circulating that Andrew Stanton, the director of Finding Nemo, is returning to Pixar full time to direct the sequel. Despite our reservations about studios churning out lucrative sequels, with Stanton, the writer of Finding Nemo, Wall-E and every Toy Story, at the helm we can safely assume this one will be amazing.

Fresh from live-action box office disaster John Carter, Stanton is no doubt keen to take refuge in the animation waters. Word on the street is he hopes to prove himself to Disney so they’ll let him have another go at live action. Or maybe he’s just been told to recuperate the casual $200 million John Carter cost them.

None of this has been officially confirmed of course. Pixar have always been notoriously secretive so we’d expect silence from them, but even Stanton himself has taken to Twitter to say “don’t believe everything you read”. With a rumoured release date of 2016, don’t hold your breath for confirmation just yet.

Previous: More Looper images released
Next: Seeking a Friend for the End of the World