Portal could be JJ Abrams’ next project 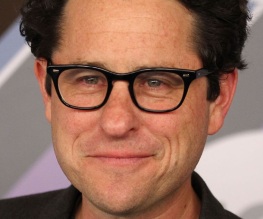 You are spoiled, film news readers! Well, certain constituencies of film fans have really had it good recently (Star Wars fans, gamers) and now we have more titillating Hollywood gossip of to add to this recent joy. Man-of-the-moment J.J. Abrams was at something called the Design Innovate Communicate Entertain summit (sounds electrifying) talking making films and games with Valve Corporation (creators of the Half-Life, Counterstrike and Portal games series) co-founder Gabe Newell.

Though we cannot report anything official, and must remind you of the secrecy that surrounded the Abrams Star Wars project, we can say that Newman and Abrams did talk about the possibility of making a film based on either Half-Life or Portal. Abrams announced that his Bad Robot production company team had been pondering the possibility of developing a game that Valve would distribute on its Steam system, giving audience members and gamers a more immersive experience by blending the two entertainment styles.

With the recent announcement that World of Warcraft is to be made into a film directed by Duncan Jones, it seems that now is a good time for film fans and gamers who wish to see games turned into films. Half-Life has long been targeted as a possible film, with rumours and developments stretching back to 2003. Portal is a single-player first-person puzzle-platform video game released in 2007 which sold over 4 million copies, while its sequel, Portal 2 was released in 2011 and is one of the most critically and commercially successful games of all time. It would be very interesting and exciting indeed if the gamers and film-makers were able to create some sort of delicious cocktail of an art-form out of the two. We wait with bated breath.

Do you think games and films have the potential to blend into something spectacular? Do you think willitblend.com have already done it? LET US KNOW

Previous: David Bowie and Iggy Pop to share biopic
Next: Matt Smith to star in Ryan Gosling’s How To Catch a Monster