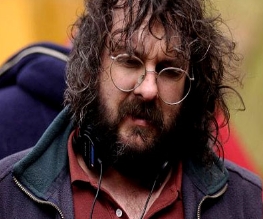 Let’s face it. Things haven’t really been coming up roses for Peter Jackson. Perhaps the fate fairy has seen he’s had it pretty good for the last ten years and decided it’s time for a shaking up. Wands a-wave.

So, to recap: The original director, Guillermo Del Toro has walked away in order to “pursue other interests”, some of the key actors (Sir Ian McKellen and Cate Blanchett) have been instructed by an actor’s union to steer clear of the production until a guaranteed minimum pay has been established along with union agreements, plus, last week, the New Zealand workshop that housed miniatures used to create scenes of The Hobbit caught fire and was ablaze for three hours. Sheesh! Now, either Peter Jackson is really really unlucky, or he did something bad in a past life. Whatever goes around, comes around, I say.

But now, after all this bad luck, the New Zealand Prime Minister, John Key, has offered to get involved to try and sort this mess out. He can’t unburn the building, but he will attempt to intervene between Jackson and the actor’s union. What a guy. But Key isn’t just doing it out of the kindness of his heart. Jackson has threatened to pack up The Hobbit in a coarse sack and drag it all the way to Eastern Europe without even the likes of Sam Gangee to carry him. And as The Hobbit is worth £1.4bn, it’s kind of New Zealand’s cash cow. And John Key is the milkmaid.

Previous: Fourth Bourne film gets a director
Next: Zack Snyder to direct Superman: Man of Steel