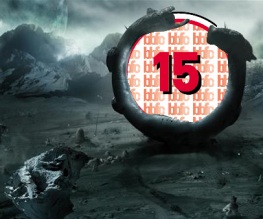 The saga of Prometheus‘ various certificates is finally over (insofar as we know what it’s being released in the UK and USA, and everyone else can piss off until they get on with making Alien prequels) with the interesting news that the BBFC has returned a verdict of ‘this will ruin the life of someone born since July 1997’, otherwise known as a 15 certificate.

The BBFC’s consumer advice warns that Ridley Scott’s two hour space epic “[c]ontains strong violence, gore, threat and horror”, which are totes all our favourite things. Why, only this week Florence a) violently b) threatened Tash with c) horror and d) gore for trying to take her A to Z of Robert Pattinson book away!

The MPAA has branded Prometheus with a more restrictive R certificate (that’s basically a 17A), so we’re sure Fox will be glad British audiences aren’t going to have to wait until they’re 18 to see Ridley’s latest. If only Robin Hood had been given a 75A; maybe fewer people would have been exposed to it…

Are you fifteen? No? Gosh, then you probably shouldn’t be reading the word ‘tits’, should you? Shame on you, and on your liberal parents.

Previous: WIN: Breaking Bad – The Complete Third Season on DVD
Next: She Monkeys