Red-band trailer out for The Watch 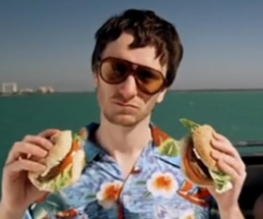 The Watch will follow the story of four neighbours who, under the onslaught of suburban malaise, form a neighborhood watch – whatever happened to the good old midlife crisis, that hallowed land of Audi TTs, ageing strippers and mountains of cocaine (cf. Michael Bolton in Jack Sparrow), we’ll never know – and end up having to defend the Earth from an alien invasion. Sounds about right – if we couldn’t have Will Smith, the Avengers or Ghostbusters, Maurice Moss would completely be next on the list.

Previous: Jon Favreau signs on for The Wolf of Wall Street
Next: Kristen Stewart and Robert Pattison’s Dawn has Broken