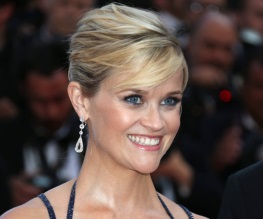 Walt Disney and fairy tales: it’s been a match made in heaven ever since 1937’s Snow White. As the years have passed they’ve moved with the times, modernizing and adjusting the classic tales of Rapunzel and the Princess and the Frog to suit a more pro-feminist ideal. So it’s no surprise that their next planned foray in to the realm of enchanting is taking on a decidedly realistic twist.

Happily Ever After is purported to continue on with the story of a princess and her prince, ten years on from their typical love story ending. The pitch by Nahnatchka Khan (writer of the recently cancelled ABC series Don’t Trust the B—- in Apartment 23) sees the couple coming face-to-face with the truth about marriage and what it really means to maintain a healthy, long-term relationship. About bloody time, we say. That old yarn is in need of retirement and if handled correctly this little venture could just be the breath of fresh air we’ve been waiting for.

The Happily Ever After project has been 2 years in the making, starting with Smart Entertainment’s head of production, Zac Unterman and John Jacobs coming to Khan with an inkling of an idea. The fleshed out proposal was then run by Reese Witherspoon and her production company Pacific Standard before finally ending up before Kristin Burr and Erin Westerman from Disney for the green-light. Rumour has it that Witherspoon may also be set to star but with animation development averaging around a two year span there’s really no point get amped up just quite yet.