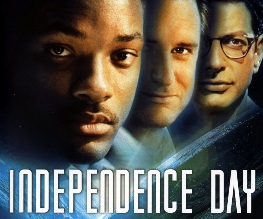 Whether you actually want this to happen or not, Independence Day 2 happening. And director Roland Emmerich has some details. Set 20 years after the first film, it will focus on the children of the original characters, then played by Will Smith and Jeff Goldblum. This will make way for new younger actors to bring in the teen crowd and make Emmerich and co tons of money.

Independence Day 2 kicks off when a distress signal is sent to the alien planet that suffered defeat at the hands of Smith’s character in the 1996 original. Emmerich said: “The humans knew that one day the aliens would come back, and they know that the only way you can really travel through space is through wormholes. So for the aliens, it could take two or three weeks, but for us that’s 20 or 25 years.

“It’s still some of the same characters, but also new younger characters; it’s a little bit like the sons take over. The first one ends on a little success, but only enough to give the humans hope. And then in the second one they free themselves again”.

The script for the sequel is in development stage at the moment as Emmerich and producer Dean Devlin try and come up with a sequel to a film that wasn’t all that amazing to begin with. Bill Pullman has confirmed that he’s on board to battle ET’s cousins one more time, but there is no word from either Smith or Goldblum. Yet.

Are you looking forward to Independence Day 2? Explain yourself.