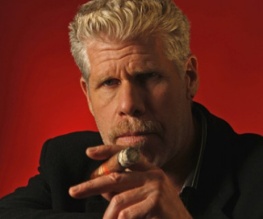 Ron Perlman, he of the gravelly voice and the craggiest of faces, has signed on to appear in The Last Exorcism director Daniel Stamm’s new film Angry Little God. The film, written by Stamm and David Birke, is a remake of a Thai film called 13: Game of Death, and follows a down-and-out man who has his luck seemingly take an upward swing when he’s mysteriously contacted with an offer of £100million pounds if only he can complete a few tasks. As you might imagine, things soon spiral out of control, and presumably, given that the Thai version is subtitled Game of DEATH, not everyone’s going to come out of this one smelling of roses.

The film is still in the pre-production stages, but has already assembled a fine cast, including Mark Webber and True Blood‘s Rutina Wesley. Webber, in particular, is a perfect candidate to play the lead here, given that his true-life story involves long stints of growing up homeless on the streets of Philadelphia with his mother. Presumably he was never offered anything quite like the character in Angry Little Gods will be, but his experiences should provide him plenty to draw from in depicting the character’s desperation.

Joining him, in currently undisclosed roles, will be Ron Perlman and Pruitt Taylor Vince. Perlman is one of the most charismatic actors working today, and his presence on any project is always welcome. Pruitt Taylor Vince, meanwhile, is also a distinct property. A serial guest-starrer of television series, he regularly steals episodes out from the regular casts. If Perlman is instantly recognisable for his rough, stony features, so Vince is for his nystagmus – an eye condition which causes his eyes to vibrate and dart around of their own volition, and which usually means Taylor lands some memorably odd and distinctive roles. Expect the same here.

Both terrific actors, their unique presences sound like a good fit for a film that could – from the feel of it – be something quite distinctive in and of itself. Director Stamm’s horror credentials with the supremely effective The Last Exorcism are likely to come into play here. We don’t know the exact nature of the “challenges” put to the main character, but taking the DVD cover of the Thai original into account, we can’t imagine they’re going to be very pleasant…

Previous: Anne Hathaway for The Low Self-Esteem of Lizzie Gillespie
Next: Quentin Tarantino 10 disc Blu-Ray set to be released