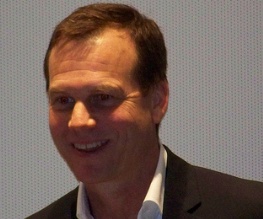 Look out, Hollywood, there’s a storm a-brewin’, and his name’s Bad-Ass Bill Paxton.

Yes, the Aliens action king of the ’90s has plans to return to the big screen in the form of a 3D sequel to cheesy disaster flick Twister. Speaking to mens’ mag Bullz-Eye (which is no doubt compulsory reading material for all Hollywood movers and shakers), Paxton said he’d already pitched the idea of a sequel to the original film’s producer, Kathleen Kennedy.

“I always thought the first Twister was an exciting ride”, he said, “but I thought a sequel could explore it in a more enthralling way, getting into more of the history and the lore, more of a darker version of the first one.” Erm, sure, Bill. We’re not talking The Passion of the Christ here.

Nevertheless, the idea seems to be a goer, with Paxton keen to take it to executive producer Steven Spielberg to see what he thinks.

“We’re kind of waiting to see if [the sequel]’s going to move forward”, he said. “That would need Spielberg’s blessing, ultimately, and they probably won’t take it to him till there’s real studio interest, but I think the 3D applications of that could obviously be pretty amazing.”

Amazing or more schmaltzy, brainless destruction-porn? Only time will well. We’ve got to say though, we miss a bit of ol’ Bill’s fake authoritative speeches about storm cells and invading species and the Titanic wreck and such. We say bring him back from the cinematic dead, if only for the entertainment value.

What are your thoughts on the possible Twister sequel – epic fail or welcome return to the heyday of brainless ’90s destruction movies? Let us know.

Previous: Funny People
Next: We pity the fool… who isn’t stoked by this trailer.