Russell gets spaced out… 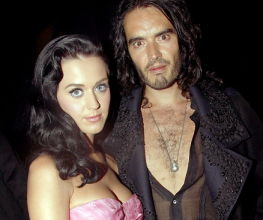 Russell Brand will have to up his game when it comes to fiancée Katy Perry’s next birthday, as the singer has just forked out a staggering £128,000 for a 35th knees-up which promises to be truly out of this world.

Not content with a slushy card and some new pants, Katy has booked Russell a seat on Sir Richard Branson’s new Virgin Galactic spacecraft. The lucky boy will travel into sub-orbital space, where he will be able to view Earth 800 miles in any direction and experience six minutes of weightlessness. The comic will have to put his serious head on for an intensive three day training course prior to the flight.

With the spacecraft due to undergo more testing before it can make its space debut, Russell may not be cashing in on his rather extravagant I.O.U until 2012. I do not envy the pressure on upcoming wedding guests. A new blender? I think not.

Previous: Robert Rodriguez in talks to direct ‘Deadpool’
Next: Lindsay Lohan is released