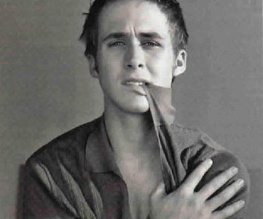 Man Of Steel, The Dark Knight Rises and The Amazing Spider-Man may all be coming to a screen near us soon, but Hollywood has a real-life superhero hidden amongst the A-Listers… and it’s Ryan Gosling.

Devastatingly handsome, amazingly talented, a champion of feminism and now, apparently, a SAVIOUR OF MANKIND! The Drive star pulled a young British woman to safety after she stepped into the path of oncoming traffic in New York. Just seconds before she was mown down by a cab, the lucky lady felt strong hands around her, tugging her backwards to safety.

She had RYAN GOSLING’S HANDS ON HER! No wonder she felt the need to tweet the hell outta it when she got home:

“I literally, LITERALLY just got saved from a car by Ryan Gosling… Literally. That actually just happened…I was crossing 6th avenue in a new pink wig. Not looking the right way because I am from London…Ryan Gosling grabbed me away from a taxi.”

Ryan Gosling and fire-braving Kate Winslet are well on their way to forming a real-life version of the Avengers, aren’t they? And, if they need any help, they could team up with our other real-life celebrity superheroes!

What colour do you think The Gosling’s cape should be? We reckon white feathers, like his namesake…