Ryan Reynolds is hearing The Voices 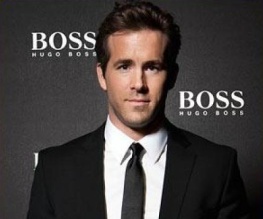 Ryan Reynolds had a busy old summer in 2011, what with promoting his attempted franchise launcher Green Lantern (which bombed), and his body-swap comedy The Change Up (which didn’t so much bomb, as just passed everybody by without notice), and so it’s understandable that he’s taken most of 2012 off. Hell, with those initials, he definitely deserves some some R&R, no?

Still, Ryan Reynolds looks to be emerging from his short dormant period (with the notable exception of his hilarious cameo in Ted, he’s not been in much this year) and it’s been announced that he’s set to star in new thriller The Voices – no relation to the shit singing competition show (we know that doesn’t narrow it down much, but hopefully you know the one we mean.) The film will be directed by Marjane Satrapi – best known for her work on Persepolis – and should see her moving in a somewhat different direction from the animated coming-of-age tale. The Voices will see Ryan Reynolds playing a character named Jerry Hickfang. That’s Jerry HICKFANG! Wow. Sadly, Jerry is not a comedy southern vampire, but instead described as a “lovable but strange” sort of guy. He also works in a bath-tub factory. Weird enough for you yet? No? Well, Hickfang – he of the bathtub factory – spends most of his time lusting after a woman in accounting, only for his affections to eventually lead to a murder, at which point he has nobody else to turn to for support but his evil talking cat and benevolent talking dog. And if that’s not weird enough for you, then leave a comment below, so we can report you to the proper authorities.

While we wish Ryan Reynolds would get on with making the Deadpool movie that everyone wants, we have to admit that this sounds very interesting. Ryan Reynolds, despite being a fairly big star, has managed to keep himself occupied with some pretty interesting indie fare throughout his career – 2010’s Buried, for example – and this would seem to carry on that trend. Reynolds is always a great presence in a film, and this darkly comic and odd sounding endeavor should be great fun for him, us and everyone in between.

No word on when The Voices is due yet, but we’ll be keeping an eye on it.

Previous: Beyoncé no longer starring in A Star Is Born
Next: Armie Hammer might play Batman in Justice League