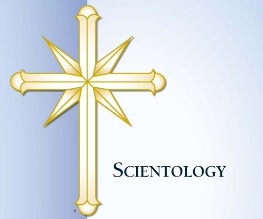 The creepiest organization in the world have struck again. Currently, they are trying to block a German film from being released, as it portrays scientology in a very negative manner. Do they have the power? Probably.

Bis Nichts Mehr Bleibt, or Until Nothing Remains, tells the (apparently) true story of a German family torn apart by its associations with Scientology. A young married couple joins the organisation but as the wife gets sucked ever more deeply into the group, her husband, who has donated much of his money to it, decides to leave. In the process he loses contact with his young daughter who, like his wife, is being educated by Scientology instructors.

Scientology leaders have protested against the film, and have demanded access to it before it’s release. The cult leaders have stated that the film is “false and intolerant”. At a preview screening in Hamburg members distributed flyers in which the filmmakers were accused of seeking to “create a mood of intolerance and discrimination against a religious community”. Religious? It’s a cult. Let’s be honest here.

The directors of the German film are adamant that they are not hate-mongering, rather simply trying to expose a truthful account of life ruled by Scientology. As far as we’re concerned, the sooner this film comes out the better.

What’s your angle on the Scientology phenomenon? Let us know below…

Previous: Hugo Weaving to Play The Red Skull
Next: Motherhood