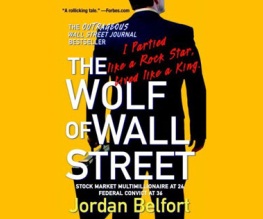 In what is to be their fifth film collaboration, Martin Scorsese and Leonardo DiCaprio will be working together on making The Wolf Of Wall Street. The film will be based on the memoirs of Jordan Belfort – a hard-partying, drug-snorting wanker-banker who was also a white-collar criminal. He served 22 months in prison in 1998 for security fraud, losing $200 million of investors’ money, but had a hell of a party until that point

So the guy sounds like a complete asshole – a Patrick Bateman minus the killing, if you will. Still, Scorsese has always been a master of making us empathise with characters who we wouldn’t want to introduce to our parents. The film will be financed by Red Granite Pictures, and the script has been written up by Terence Winter, executive producer and co-writer of The Sopranos and Boardwalk Empire. The film may be set in the late 80s/early 90s, but is sure to further fuel our present-day hatred of anyone and everything related to banks and stock markets. Sounds juicy!

Previous: English Stars Back Southampton Pub in Row with Hollywood
Next: Black Gold