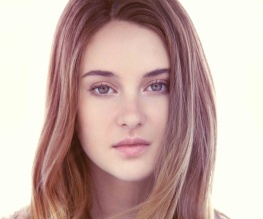 Shailene Woodley, the promising young actress who starred opposite George Clooney in The Descendents, winning breakthrough awards all over the place, and even earning herself a Golden Globe nomination in the process, has reportedly been offered the role of Mary Jane Watson in the sequel to The Amazing Spider-Man.

Before The Descendants, Shailene Woodley was best known for starring in ABC’s teen drama The Secret Life of the American Teenager, in which she has to deal with an unexpected pregnancy, whilst also juggling the trials and tribulations of a normal school-life. It might sound like awful toss, but then, we’re not really the target audience, and the show apparently struck a chord with those it was aimed at. However, that chord has rung out for the last time, with ABC’s decision not to order a fifth series. All of which leaves Shailene Woodley an open door to conquer Hollywood!

Played by Kirsten Dunst in Sam Raimi‘s original Spider-Man trilogy, the Mary Jane role was conspicuous by its absence in Marc Webb‘s recent reboot. Mary Jane turns out to be the love of Peter Parker’s life, but before that he was enamored with Gwen Stacy, played already by Emma Stone. The introduction of a Shailene Woodley-shaped spanner in the works runs much closer to the canon of the comics than the original trilogy, and fans of the series will be all too aware of the legendary story-line that Marc Webb would appear to be building up to. We won’t spoil anything here, for the uninitiated, but introducing Gwen first, and now MJ, it seems fairly likely that we’ll see that story play-out. With all the pieces apparently being assembled, Webb would be a brave man not to follow through on it.

Of course, there’s every chance that Shailene Woodley will turn down the offer – but she’d be a fool to, as we can see her being a great fit (after a red dye-job) for Mary Jane – but assuming she signs up, you’ll be able to watch Parker’s love-life get a lot more complicated come May 2, 2014.