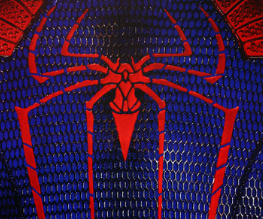 Do you know what we need more of? Sneaky peeks at upcoming flick, The Amazing Spider-Man, that’s what! How else are we supposed to decide what we think of Andrew Garfield’s take on web-slinging superhero Peter Parker?

Fans of Kellogg’s cereal (everybody loves a dash of snap, crackle and pop with their orange juice, don’t they?) will be impressed to discover that the breakfast mogul is behind the sneak-peek footage. They introduced a special Spiderman campaign, in which consumers were asked to scan a QR code on the back of the box in order to access one of the new clips.

Or you could, you know, just watch them here…

We’ve got everything from web-slinging tomfoolery to ceiling-grabbing night terrors; we especially enjoyed the early-morning mishap scene. We’ve all been there, Spidey – early morning stickiness ain’t just an issue for superheroes.

On the whole, it’s pretty exciting… and we have a feeling that Garfield’s version of the teen superhero is going to be a little more interesting than Tobey Maguire ever was.

Has this whet your appetite for The Amazing Spider-Man, or are you waiting out for a glimpse of Emma Stone?