Snow White reboot ‘The Order Of The Seven’ finds director 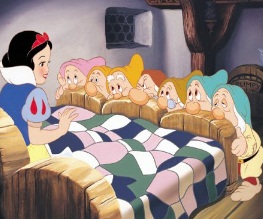 The news that Disney are set to remake one of their all-time classics should really be met with a sad sigh or (for the more melodramatic people) a wail of despair. However, Disney are at least trying to mix it up a little.

Set in China, The Order Of The Seven will portray Snow White’s vertically-challenged miners as a hoard of 19th Century warriors who belong to a centuries-old order. When they stumble across a young woman in peril (wonder who that could be?), the opportunity arises to restore hope and glory to their kind.

Michael Gracey has been placed in the director’s chair for his feature debut, replacing Francis Lawrence (I Am Legend), whilst Michael Arndt (Toy Story 3) has been hard at work on the modified version of the script. No release date is yet in sight.

The film is one of three (can’t believe this) Snow White projects currently in development, beside Relativity’s The Brothers Grimm: Snow White and Universal’s Snow White And The Huntsman.

With the latter film expected to be a dark, action-packed version of the fairy tale, with an all-star cast including Kristen Stewart, Chris Hemsworth and Charlize Theron, Disney may have their work cut out for them.

Can you not get enough of the fairest of them all or do you think that all three Snow Whites should dunk their heads in a barrel of apples? Speak now or forever hold your peace!

Previous: Spider-vision to feature prominently in The Amazing Spider-Man
Next: Oscars all round for James Earl Jones, Dick Smith and Oprah