Sylvester Stallone in new images from Bullet to the Head 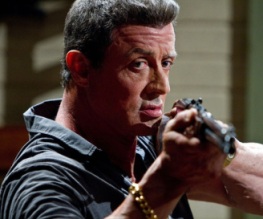 Sylvester Stallone, or “Sly” as he is known to his friends and lovers, is getting his big head all over some exciting new photos this Tuesday morning. As we all know he is starring in Walter “48 Hours” Hill’s film Bullet to the Head, based on the graphic novels by Alexis Nolent. Sylvester Stallone will be playing “Jimmy Bobo” – presumably some sort of adorable talking bear – alongside Christian Slater, Sung Kang and Game of Thrones‘ Jason Momoa.

So lets have a look at these pics and see what we can discern about this film (click to go large). 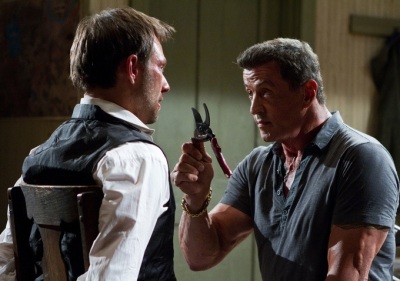 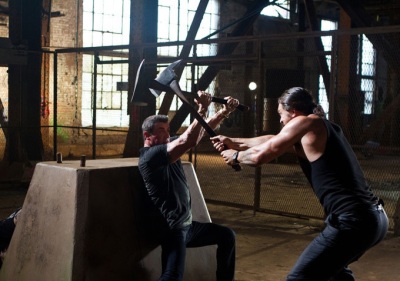 What are you doing, Sylvester Stallone? Why are you shooting yourself? That’s YOUR reflection Sylvester Stallone. This is like when your dog catches sight of himself in a glass door and starts barking because he thinks it’s another dog, only with more guns. Maybe Sylvester Stallone got hit on the head during the axe fight and has short term amnesia. “Where am I? Who am I? Who’s that man looking at me who looks like an old broom?” So many questions. 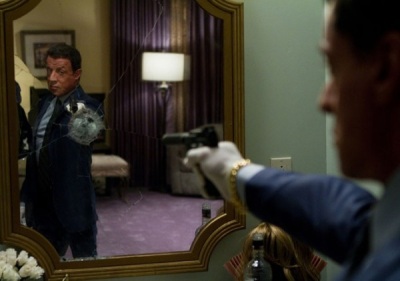 Finally, here’s Sylvester Stallone with another sort of gun. Lot of weapons in this film. We like to see that. 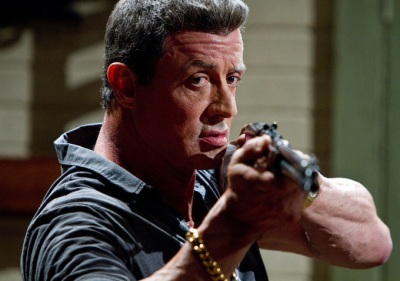 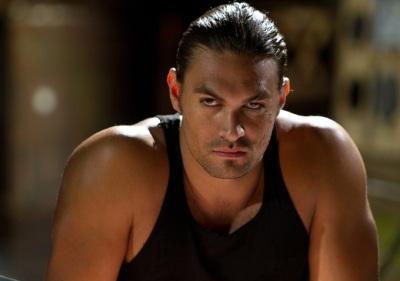 Bullet to the Head will be out on the 1st February 2013. CAN YOU WAIT THAT LONG FOR SYLVESTER STALLONE WITH AXE? Let us know below!