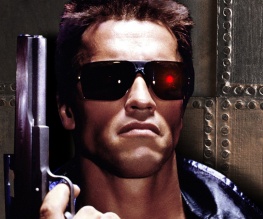 Arnold Schwarzenegger has confirmed that the fifth Terminator film is definitely going ahead, with new writers putting finishing touches to the script later this year. In an interview with The Sun, Arnie said “I think this year the script will be finished and we will be able to go into pre-production.” Exciting news for any Terminator fan, Arnie’s return to the big screen in The Last Stand, out this Friday, proves that he still has the ability to play an action hero.

Without revealing any storyline details, Arnie described The Terminator as “a machine” and looked back on his years playing the character fondly. Arnie’s commitment to the project is encouraging; however, disappointingly, his T-800 cyborg assassin will not play the main character in the new Terminator film, although he will make a brief appearance.

At 65, the former California Governor has had an interesting career, but he is not ready to throw in the towel just yet. The fifth Terminator film may be released 30 years after the 1984 original, although a date has not yet been announced. We are still waiting to hear who will direct Terminator 5, but Laeta Kalogridis and Patrick Lussier of Scorsese’s Shutter Island and Scream are busy writing the screenplay.

Are you looking forward to Terminator 5? Let us know below.