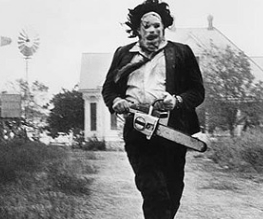 I’m the kind of person who finds a lot of things frightening. Cheese, arguments, bad driving; I am a scaredy cat. Just very good at hiding it. And whilst I may have stopped checking under my bed for monsters and don’t get too freaked out when the boiler makes strange noises, I live in constant fear. Well, regular fear.

But there’s something about being scared by a horror film that most people get a kick out of. You’re comfortable, warm and with people you like who you don’t suspect will cut off your head and lock you in a chest freezer.

So, in light of a popular genre, Total Film magazine asked leading directors and actors from the horror world to vote for their favourite films so that they could comply the greatest horror film poll. Directors John Carpenter (Halloween, Halloween II), Wes Craven (Nightmare on Elm Street) and John Landis (The Blues Brothers. Yeah, spine-tingling horror.) were amongst some of the directors who voted. And after the slips of paper were counted, drum roll please, The Texas Chainsaw Massacre came out on top, with The Exorcist following at a close second and Psycho taking third place. So proud.

But how come more recently released horror films like The Crazies and Piranha 3D didn’t make the cut? I mean since when was a chainsaw wielding maniac, a posessed teenager and creepy Mummy’s boy scarier than a bunch of violent townsfolk and prehistoric man-eating fish? Hmm, it’s a close call.