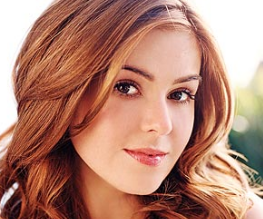 Two pieces of news today, one interesting, one just bloody dreadful. Last week we reported that Ben Affleck had signed up for Baz Lurhmann’s The Great Gatsby in the role of the scoundrel Tom Buchanan, but it seems like he’s been forced to drop the project because of timing clashes with another film Still, at least we can rest safe in the knowledge that one of the main parts is going to Isla “Wedding Crashers” Fisher. Sigh.

Fisher is apparently in talks to play Myrtle Wilson – the wife of an auto-mechanic, mistress of Tom and a woman who is described in the book as “in her middle thirties and fairly stout”, with a face that contained “no facet or gleam of beauty”. Is there really, really no actress in Hollywood who fits that description slightly better than Isla Fisher? With Leo DiCaprio, Carey Mulligan and Tobey Maguire already on board, it looks like Luhrmann is just filling up his cast list with beautiful people. Just like everyone else in Hollywood. How deeply, deeply boring. Affleck is out due to filming constraints, so stay tuned for the news that he’s been replaced with, like, an oil painting of Ben Affleck. Bah.